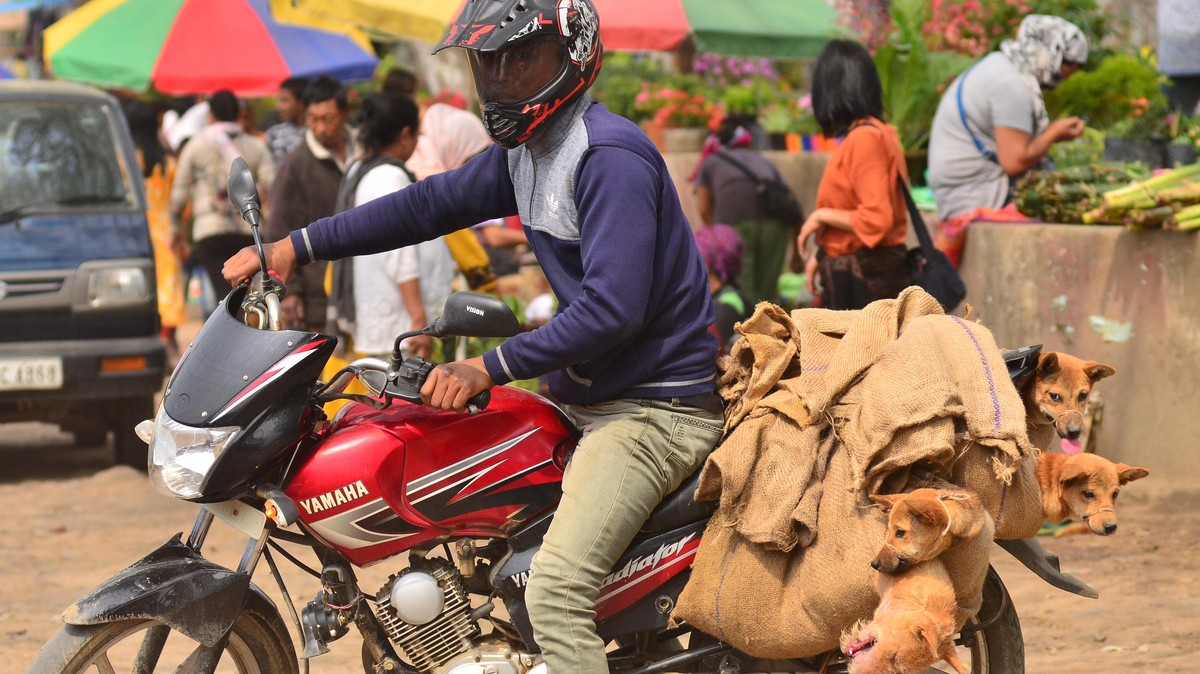 Speaking to VICE News, Dr. Murry said, “People like Hema Choudhary think that all Nagas eat dogs and that we have our own version of the Yulin festival going on, like the one in China. I wanted to clear that misconception.”

It did not help that, in the wake of the ban, Mumbai-based animal rights activist Hema Choudhury called the Nagas “bastards” for consuming dog meat and threatened to slit their throats. Chowdhury has since been arrested by the state police.

Murray was among hundreds of people in Nagaland who flooded their social media accounts with pictures of them with their dogs after the state government banned the sale and trade of dog meat in the state on July 3.

On July 9, a member of the Legislative Assembly of the Northeast Indian state of Nagaland uploaded Facebook photos of him with his dogs. In his post, Dr. Chumben Murry said, “I am a Naga and I do not eat dog meat but even if I do, so what? It’s my culture. Learn to live to respect other cultures.”

Dog meat is widely consumed by several tribal communities in India’s Northeast, which comprise eight states that have cultural traditions that share more similarities with ethnic communities in South East Asia than South Asia. Bano Haralu, a Nagaland-based conservationist and former journalist, said that dog consumption is not a “daily affair.” “While no data exists, it can still at best be considered a delicacy. Some even believe it has medicinal properties,” she told VICE News.

Arkaprava Bhar, a researcher with the animal rights group Humane Society International (HSI) who worked in the northeastern state of Mizoram, told VICE News that up to 2,000 dogs used to be killed for meat every month in the state pre-lockdown.

The notification came on the heels of a campaign by the New Delhi-headquartered People for Animals (PFA) India, which calls itself India’s largest animal welfare organisation. Maneka Sanjay Gandhi, a member of Prime Minister Narendra Modi’s Bharatiya Janata Party (BJP) and former Union minister, is the founder and chair of the PFA.

On June 30, PFA’s Instagram profile posted an image of dogs tied up and stuffed in gunny bags, allegedly taken on June 26 outside an “animal bazaar” in Nagaland’s Dimapur city. Gandhi asked her followers on social media to write to Nagaland’s Chief Secretary Temjen Toy, to ban the killing and consumption of dogs in the state.

In three days after the PFA’s tweet, 125,000 emails were sent to Toy. On the day the ban was notified, PFA celebrated an “unprecedented” victory.

The BJP, of which Gandhi is a member, runs a coalition government with the regional Nationalist Democratic Progressive Party in Nagaland. Speaking on the condition of anonymity, as he is not authorised to speak to the media, a source in the government told VICE News that the ban was not ordered solely because of the PFA campaign.