Home Article The pandemic changed my mind about Peloton
Health

The pandemic changed my mind about Peloton 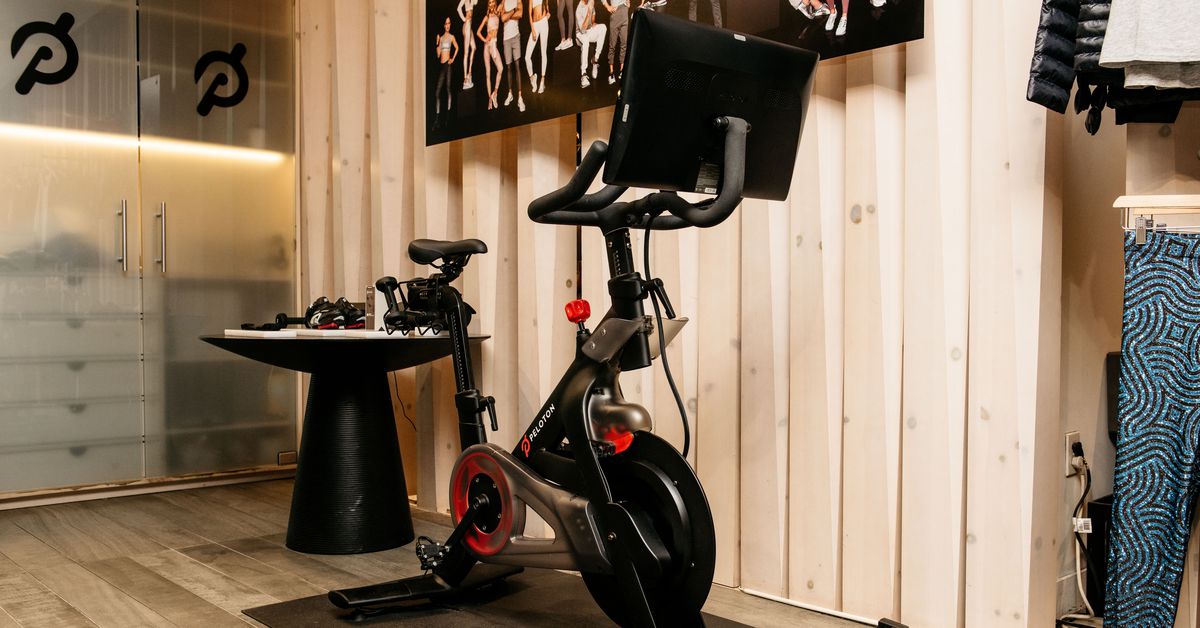 Eight months ago, Peloton, the at-home digital exercise company, released a much-maligned holiday commercial. In the ad, a man gets his beautiful wife (known only as “Grace from Boston”) a Peloton bike for Christmas. She uses it every day, recording each ride, and then splices the footage together into a thank-you video for her husband, which they watch together.

The act of getting an exercise bike for someone who maybe didn’t ask for an exercise bike, combined with the hostage video ambiance of the woman’s early struggle to learn to love an obligation-creating present, made it seem like the unnamed husband wanted a skinnier, more beautiful version of his already-beautiful wife.

“We now know the message we were trying to convey — the emotional and mental changes that our members experience with Peloton — was lost,” Peloton chief content officer Jennifer Cotter told me at the time. “It was eye-opening for us because it showed us that we really are in a position to change how people view their relationship to the wellness journey and the benefits you can experience, no matter where you start.”

I had compared the commercial to a Bavarian fairytale created to incite obedience in children, calling it “more like a threat than a gift,” but now that we’re five months into shutdowns and gyms are shut down indefinitely, I’ve come to the conclusion that I would gladly accept $2,000 of exercise equipment from any man who would want to gift me it.

In May, I used money I’d saved to buy a Peloton bike — which starts at $2,245, plus $39 a month for the app — as a quarantine purchase for myself. Over the past few months, I’ve taken around 85 or so classes with multiple instructors. I can’t recommend that for everyone — fitness was and is a priority in my life, and your mileage may vary about the amount that you’re willing to spend. But I’m here to report that while Peloton and I can agree the commercial was a little off, I can also admit I was a little wrong about Peloton.

Peloton brings out your competitive side 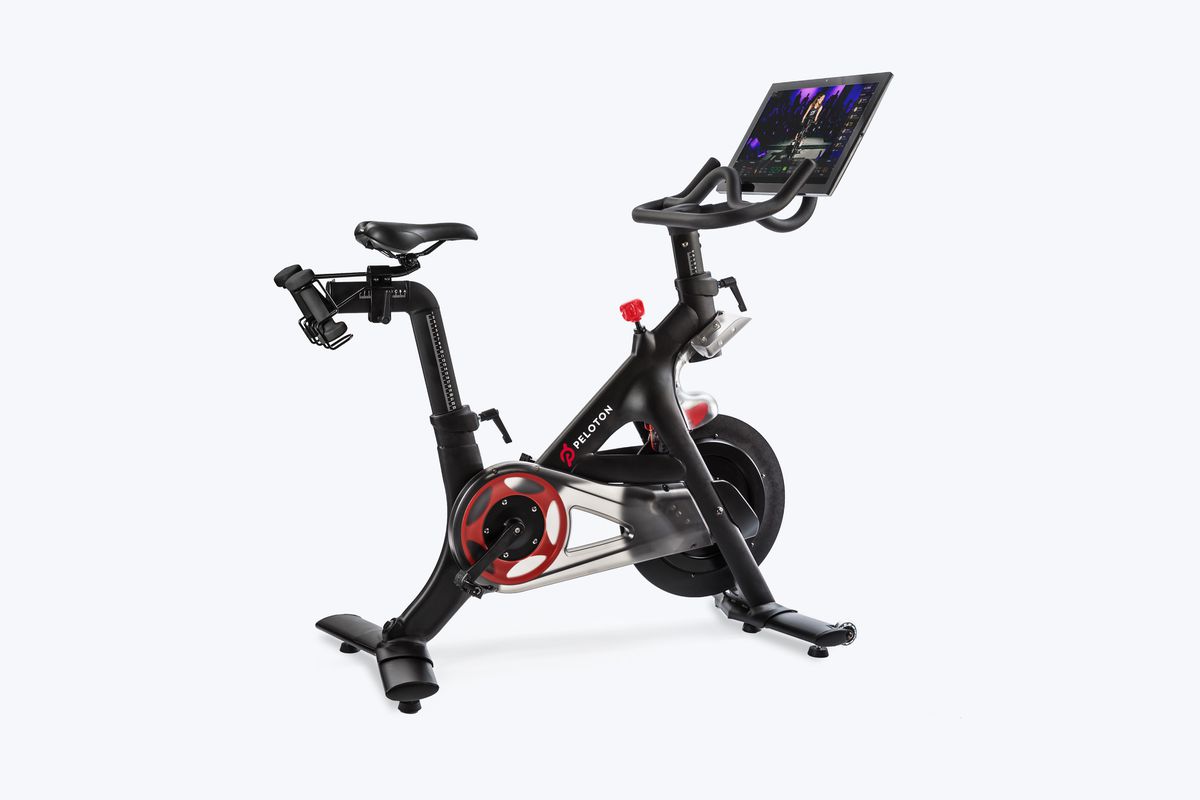 For the last six years, news stories have pitted Peloton and SoulCycle against each other, asking “which spin company rules the roost?” SoulCycle, founded in 2006, reinvigorated and recreated the way in which we think about group fitness. For those in the business world, SoulCycle completely upended expectations about the sector’s profitability. Peloton, which released its bike in 2014, was seen as the upstart and SoulCycle’s primary rival. As a former SoulCycle and group fitness devotee, I was skeptical.

But that rivalry narrative is deeply flawed — the only thing the two really have in common is that they both sell spin classes. The difference is that Peloton genuinely, for better and worse, is a solo experience.

The difference is that Peloton genuinely, for better and worse, is a solo experience

Peloton isn’t trying to emulate SoulCycle’s signature selling point: the experience of riding in synchronicity with a room of 50 other people. A lot of my early gripes with Peloton, commercial aside, stemmed from wanting the experience to be SoulCycle at home, wanting to ride to the beat of the music with all my friends. The sooner I stopped thinking about it like that, the more I enjoyed Peloton for what it was.

The Peloton bike is so sleek, I almost feel bad that I don’t have a proper, well-lit area for it like Grace from Boston does. It runs on a magnetic flywheel. This allows for a smooth and quiet ride.

But what separates Peloton from other gorgeous, smooth at-home bikes is its app and touchscreen.

In front of the handlebars is a hefty screen — big enough that you could probably watch Avengers: Endgame on it and have a great experience — which holds Peloton’s massive library of archived classes and upcoming live ones. It feels as though it would take a lifetime to get through all the classes, and new ones are added each day.

The interface is intuitive and responsive. I was never lost, even though there’s a massive amount of content in the app itself and a lot of metrics swirling around each class. Those metrics are part of the appeal.

Hovering at the bottom of the touchscreen and during every class are three numbers: resistance (the amount of weight you’re pushing against), cadence (the speed at which you’re pedaling), and output (the power you’re generating with your cadence and resistance). Instead of pedaling to the beat, instructors give you a specific target range of numbers for your cadence and resistance to fall into. Then, at the end of class, you’re given a final total for your output, a quantified number that represents all the effort you expended into that workout.

The app neatly tracks and sorts all of your metrics, showing your improvement with each workout. Those numbers also set off my competitive side.

On the side of the screen, there’s a leaderboard displaying everyone’s outputs in real time. You can see exactly where you fall among the tens of thousands of people, sometimes hundreds of thousands, who are currently taking or have previously taken the class. The leaderboard also displays the best outputs you’ve ever had, so you can race against yourself every single time you snap into the bike.

Peloton is a great workout, but is it fun?

After a couple of weeks of riding, I found myself a bit anxious about my numbers.

Every time I signed in for a class, I wanted to do better than I had previously done. Despite instructors telling you not to worry about numbers or hitting a personal best record, I still found myself chasing them and my place on the leaderboard. I was getting better workouts, but I also wasn’t, maybe, enjoying them as much as I should.

Every time I signed in for a class, I wanted to do better than I had previously done

Apparently, the numbers obsession is common. On Reddit, one of the most common questions on the Peloton subreddit is how numbers are calculated and how to maximize their outputs.

If you’re driven by “accomplishment” and “challenge,” I can’t recommend Peloton’s classes enough. If you’re the type who can keep your numbers and everyone else’s out of your mind, you’d probably get a lot out of it too.

To bring back some of the fun, I created an account on my profile where I minimize the stats and leaderboard, and just try to have a good time. I suppose it’s like a finsta (fake/secret Instagram profiles that the youths popularized) where I get to just put up carefree outputs while keeping competitive on main. I don’t want my low outputs to be judged. And creating a separate profile (you’re allowed six on your account) helps me choose what kind of mood I’m in and lets me enjoy it a bit more.

That’s not to say there’s no joy: one of the Peloton’s best features is that it allows you to see instructors’ playlists ahead of time. This is how I found my favorite instructors: Robin Arzon, Ben Alldis, and the only person who loves Little Mix as much as I do, Cody Rigsby.

Robin in particular knows how to put together a cardio workout with enough recoveries that it feels good on your body while still challenging it. She also knows that exercise is part therapy, part challenge; a pocket of time where you can shut off and go on autopilot for 20 or so minutes, 45 if you’re lucky. Robin reminds me of how I used to look at exercise before exercise became one of the many things I now do in my home. She makes Peloton feel like an escape rather than a distraction. And that’s what I’m happy to pay for.

The Peloton bike is an investment in our fairly bleak future

The Peloton bike isn’t cheap. The cost is a huge factor, and I can’t do the math for you. It made sense for me, though.

Prior to the pandemic, I prioritized exercise and pushed other luxuries down the list. And since lockdown began, I’ve said goodbye to a vacation that I was saving up for and cut down even further when it comes to leisure spending. I’m also not paying for a gym (in New York City, they remain closed). I was lucky enough to be able to buy a bike for myself.

As we’ve seen all across the US, states that reopened are now fighting to contain infection spikes. Throughout the pandemic, I’ve spoken to health experts and group fitness business owners and found that everything that makes group fitness and gyms great is exactly what makes working out with other people one of the riskiest things we can do. If the US decided tomorrow to allow states to open gyms, I wouldn’t feel safe going. And barring a vaccine breakthrough, I wouldn’t feel safe going two, four, or maybe even six months from now.

The things that bring Peloton from something good to something great are its app and interface, its instructors, and its absolutely extensive library of classes. In terms of content — in addition to spin, strength, yoga, running, and meditation classes bundled in the app — Peloton is light-years ahead of its competition and has been filming throughout the pandemic. You can take classes from months and months ago, or ride in that one amazing class over and over again.

Those elements combine to make Peloton feel like a pause from the current reality.

Peloton makes working out at home feel nothing like working out at home. Hopping on the bike, for me, is the kind of 20-, 35-, 40-minute respite I’d get in the before times when I’d go to the gym or a workout and just let go. And that’s one of the biggest reasons why I’m happy I have one and will continue to use it even when everything does open up again.

Every day at Vox, we aim to answer your most important questions and provide you, and our audience around the world, with information that has the power to save lives. Our mission has never been more vital than it is in this moment: to empower you through understanding. Vox’s work is reaching more people than ever, but our distinctive brand of explanatory journalism takes resources — particularly during a pandemic and an economic downturn. Your financial contribution will not constitute a donation, but it will enable our staff to continue to offer free articles, videos, and podcasts at the quality and volume that this moment requires. Please consider making a contribution to Vox today.