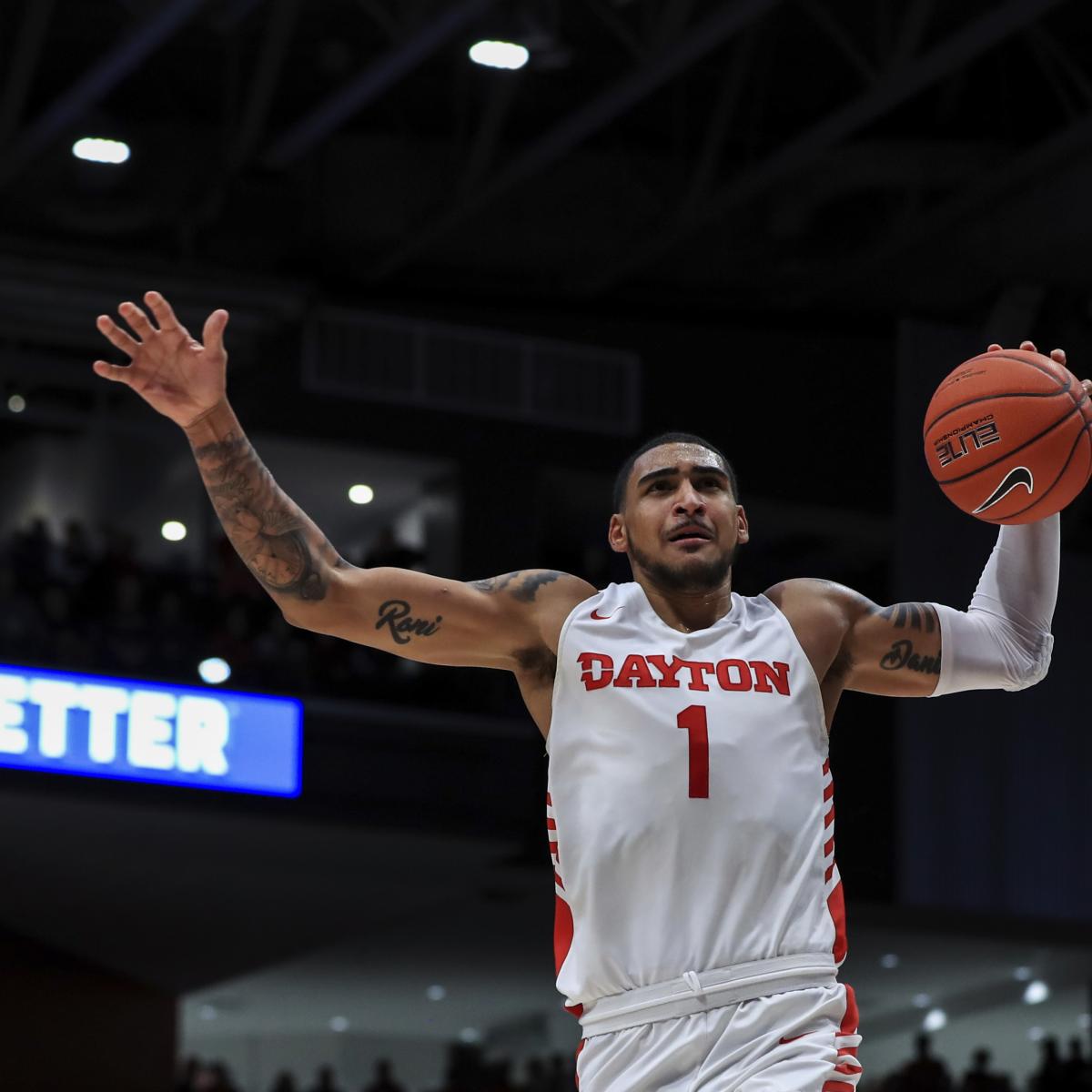 Speed and quickness separate Lewis from the other first-round point guards, but he did grow as a lead guard and playmaker while continuing to show encouraging shot-making versatility/touch with the pull-up, spot-up and floater. The Nuggets could use him to change the pace and put pressure on defenses, although Lewis will have to overcome his 165-pound frame, lack of explosion and limited vision.

Oturo has moved onto some scouts' first-round boards after averaging 20.1 points, 11.3 rebounds and 2.5 blocks as a sophomore. There is sense that he's rising, particularly for those willing to buy his 19 made threes and mid-range touch as shooting potential. But he also converted 16-of-22 drives to the basket from spot-ups. Though his decision-making isn't always sharp, the Sixers could look to Oturu for important depth behind Joel Embiid.

McDaniels' inconsistency turned scouts off, but for a 6'9", 19-year-old, the flashes of ball-handling and three-point shooting should give him wiggle room. Miami's coaching and development staff have a good reputation for helping players maximize their potential, and McDaniels has enough of it to justify first-round interest.

Quality experience and a comfort level in Euroleague and Jeep Elite league help paint the 19-year-old Maledon as a pro. A lack of burst and explosiveness raise questions over his ceiling, but for a 6'3" guard, he compensates with enough passing and shooting skill to look past the athletic limitations.

Smith jumped up boards by improving his body, shooting and reputation as a three-and-D big man. He's a limited ball-handler, passer and athlete, but he'd give Oklahoma City a needed stretch big with unique shot-making versatility for a center.

With signature touch, Terry shot 40.8 percent from three, 42.1 percent on spot-up jumpers, 11-of-19 off screens and 89.1 percent from the free-throw line. And despite 6'1", 160-pound size, he converted 61.5 percent of his attempts around the rim. He could be around for the Celtics this late, however, with teams hesitant about how well he'll be able to create separation and execute against NBA defenders.

The Knicks would buy low on Mannion, who entered the season viewed as a potential top-10 pick. A few slumps ruined his shooting percentages, and questions about his physical tools got louder as the season went on. But Mannion still possesses a well-rounded skill set for a point guard, between his pull-up game, off-screen shooting and playmaking vision.

Though Riller checks in at No. 16 on Bleacher Report's big board, age (23) and strength of schedule will work against his draft stock. All it takes is one team, however, and given Fred VanVleet's upcoming free agency and the Raptors' need at backup point guard, they could view Riller—one of the draft's most advanced shot-creators and efficient three-level scorers—as a value-pick target.

The Lakers could look to Ramsey for bench scoring and shot-making. His strong frame and confident shooting were persuasive during games when he was on, though lapses in concentration, a tough shot selection and limited playmaking skills remain drawbacks.

Nnaji made an impression on NBA teams this season with his mobility at 6'11", scoring efficiency and nose for the ball. It's tough to picture any star-caliber upside given his lack of explosion or versatility. However, it isn't hard to envision him turning into a reliable role player who's capable of working from the post, making mid-range jumpers and earning second-chance points.